PHOTOS: Before and After Saddlenose and Bridge Hump Rhinoplasty

PHOTOS: Before and After Saddlenose and Bridge Hump Rhinoplasty

See before and after photos showing how Dr. Lamperti was able to repair a saddle nose deformity and bridge hump related to prior a nasal fracture.

This patient had broken her nose a few times in the past, including a from a cheerleading injury. She was left with a large bridge hump on her upper nose and cartilage collapse and a saddle nose deformity in her supratip area. Additionally, her septum was crooked making it chronically obstructed and difficult to breath through.

More commonly referred to as a boxer's nose, a saddle nose occurs when the supporting structure of the bridge of the nose collapses inward creating a depression or sunken in area.

I performed an open septo-rhinoplasty surgery to improve both the overall appearance of the nose while at the same time making it more functional and less blocked. 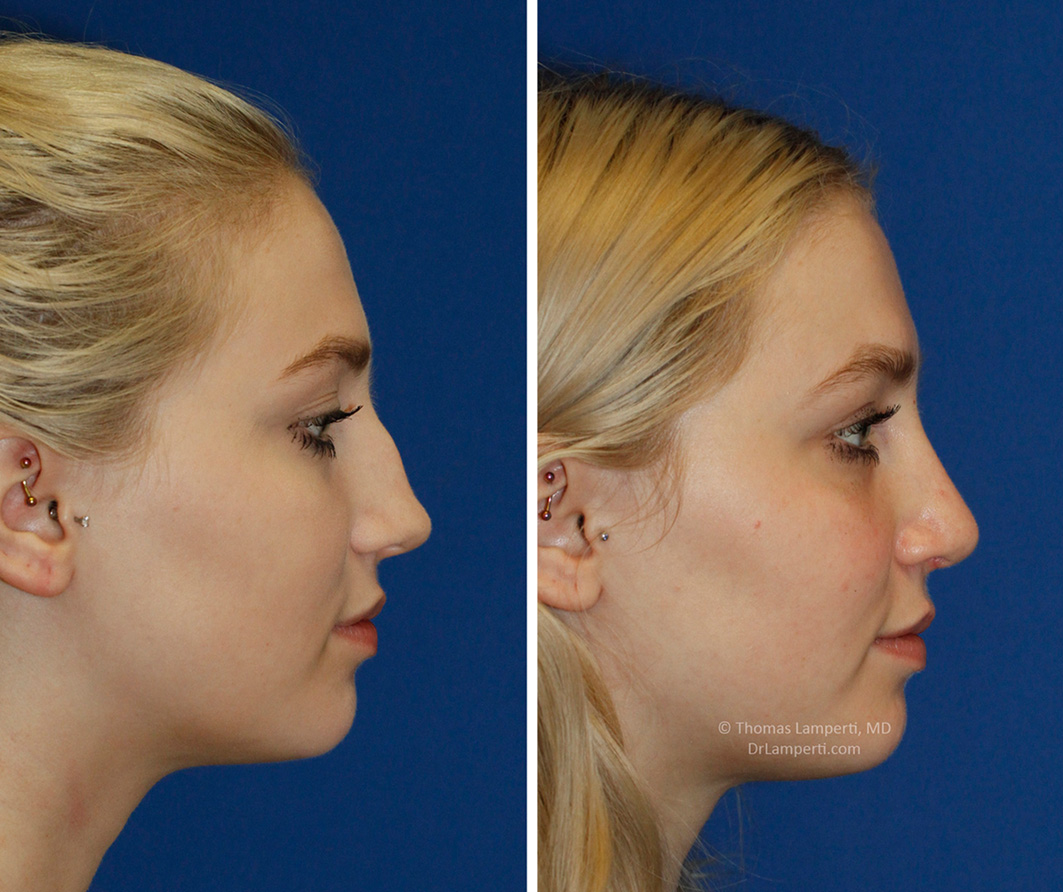 You can learn more about this patient's surgery and see more before and after saddle nose and bridge hump removal photos here.

I would like to start a Dr. Lamperti fan Club. Not only did he fix my broken nose magnificently, he reduced my snoring considerably.